We are pleased to announce the following public events for Melbourne and Sydney during the forthcoming visit from Shaykh Taner and Shaykha Muzeyyen Anne.

Sufi Healings will be offered to the public on this day. Spaces are limited, please contact us to book a slot.

To book a healing slot in Sydney or RSVP for the public talk, use our contact form or call Muhyiddin/John on 0432 397 694.

The Most Beautiful Names – A Sufi way of Knowing and Growing in consciousness through the Divine Names . An afternoon of reflection, meditaton and contemplation of the Divine Names and their use in Healing.

Sufi Healings will be offered to the public on this day. Spaces are limited, please contact us to book a slot.

To book a healing slot in Melbourne or to RSVP for the public event, use our contact form or call Alamin on 0472 518 995.

Sufi Teacher Taner Ansari, head of the Ansari Tariqa (of the Qadiri Rifai Tariqa), and  his wife, Sufi Teacher Muzeyyen Ansar are returning to Australia in March-April 2016.

Shaykh Taner is Shaykh Ibrahim’s Shaykh, head of the Qadiri Rifai Sufi Order, and is based in up-state New York.
The visit is scheduled for 25 March – 6 April (inshallah, as Allah wills).

Our January Retreat will be held from  Friday (afternoon/evening) 22 Jan  – Monday ( Morning) 25 Jan at the  Vine and Branches Education Centre,  in Lower Plenty , Melbourne.

The retreat will include:

For information on accomodation pricing and/or to register your interest please use our contact form. 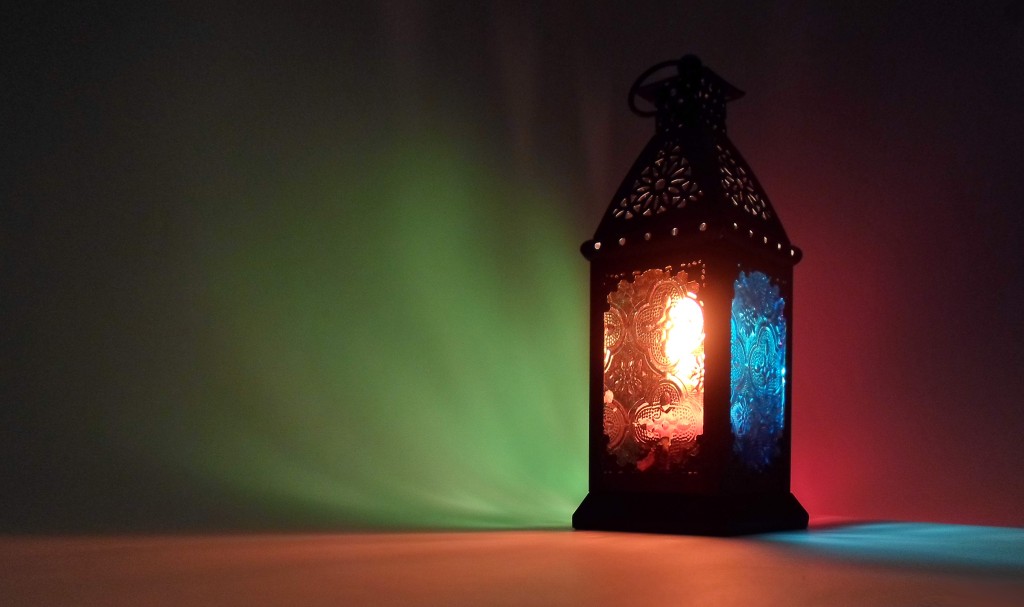 During the month of Ramadan Zikr will be held on Saturday nights at the centre at Merrylands. We will be breaking fast together at around 5pm, and Sohbet/Zikr at 6pm. This will replace the Sunday 1pm sessions during Ramadan. Shaykh Ibrahim sends the following message:

Ramadan Mubarak. For those of you who are fasting by yourself – i give you all my support, love and appreciation. I know how hard it is to practice this. It takes courage, pluck, strength of character and sincere intention. It is a great way to find out who you are and what is important to you. It is much easier when others are fasting with you. Well, we are, and you have our combined goal to perhaps assist you in those difficult moments. You can use my text as a hotline for support, or perhaps you can reach out to each other to add your combined awesomeness to make it through the hard times together.

We will be breaking fast together each Saturday around 5 PM, and a sobhet online around 6 PM instead of the Sunday 1 PM sessions.

It has recently been documented that fasting actually reactivates the T cells which are the bits in the DNA that extend life.

Please stay positive, stay hopeful, keep a sense of humour about you and don’t ever let go of the rope of Allah.

Which brings up the second subject – an Australian retreat next year, 2016, perhaps near Melbourne for all tariqa murids and muhibs. Any ideas of when and where would be appreciated.

Then in 2017 a week long retreat in Europe perhaps Spain, south of France, or somewhere financially viable. Also open to ideas of where, but probably around July. Thoughts or ideas please send them on.

Thanks to everyone for making the Centre here in Australia possible. May it always be a beacon of light for those seeking Allah. HU.

Our Shaykh is embarking on his ‘Grand European tour’, visiting students in Germany and France. While Shaykh is away, Sydney Sunday gatherings will not be happening in Merrylands. Gatherings will resume on 14 June, just before the start of Ramadan, inshallah.

If there was one message that has stood out for us in recent weeks, it is Love.

Shaykh Taner and Shaykha Muzeyyen blessed us with their compassion, knowledge and guidance.

Each person they met was treated with respect and spoken to as an individual.

We witnessed powerful healings and teaching that was so common sense it was almost obvious, but stated with Love it melted our hearts and opened us up to Light.

‘Alhamdulillah’ we say – all praise is due to the One who is the Most Merciful and the Most Compassionate.

Thank you Shaykh and Shaykha for bringing the Light with you and teaching us. 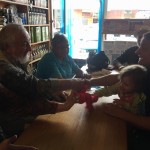 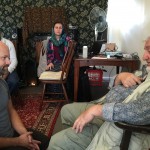 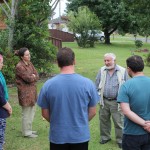 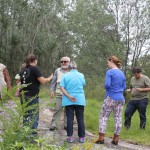 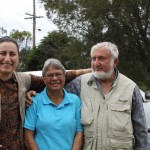 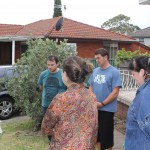 As Sufi Teacher Ibrahim Ansari has moved the Centre to Merrylands (near Parramatta in Sydney), it has been decided that the Sufi Ceremony of Rememberance will return to Sundays. Our first official meeting for 2015 will be on Sun 11 Jan, then every Sun after that inshallah, at 1pm.

You can find more info about  the Sufi Ceremony of Rememberance here.

Our right to grow spiritually has been under attack for centuries. “Religion” has warped and deviated from its initial purpose. The essence of Religion is contain a spiritual foundation from which to understand and appreciate life. It is abuse when you are told what to believe. It is abuse to be compelled to “have faith” in something which makes no sense to you. It is contrary to the very nature of one’s heart when choice, sense and free will are removed. It is abuse when one’s heart is ignored and discounted.

When abused by people claiming to represent religion we tend to shut off all things connected to that source of pain. The refusal to accept the spiritual, though a natural consequence of abuse, is understandable. To push away all things spiritual is reactive, but perhaps childish.

To be human is to seek the spiritual, as well as to seek love, a job, family, etc. in this short life. The source of religion is the spiritual. A river has to start somewhere. The best way of accessing the spiritual headwater is through love, joy and choice. We learn through choosing and taking responsibility for those choices.

To freely give one’s heart to seek the meaning of one’s being is a Right. You deserve the Right to find your own sprititual balance. It is a human Right to explore and choose a spiritual system that is rational, moderate and embraces the vast complexity of sciences and infinite knowledge that swells over us every moment. You have the human Right to seek the Divine and fulfill your heart’s true desire.
This is the purpose of Sufism.

Nasruddin was walking past a bakery in Marrickville in the Inner West of Sydney. George, the Greek baker, was making mouth-watering baklava, sumptuous sourdough and irresistable profiteroles. Nasruddin caught the heavenly aromas wafting out of the bakery door. The bakery smelled so good he decided to stand outside the door and just keep smelling the beautiful gift from Allah. After about half an hour of Nasruddin standing and smelling, George the baker called out to him.

‘Are you going to buy anything?’ he asked.

‘You can’t just smell. Either buy something or leave.’

George started to get angry. ‘Look here,’ he said haughtily. ‘I break my back making this stuff. I don’t do it for you to hang around and smell it. You need to pay me for the privilege.’

‘I do not,’ said Nasruddin.

‘Whatever,’ said Nasruddin, continuing to sniff the air and grinning with pleasure.

It just so happened that Pete, a beat cop from Marrickville Local Area Command was walking up the street at that moment. George called out to him.

‘This character,’ George began indignantly, ‘Is smelling my bread without paying.’

‘Nasruddin, I warned you about ticking off the locals,’ said Pete. ‘Ok, I think we can resolve this. Nasruddin, do you have any change in your pocket?’

‘Jingle it,’ said Pete the cop. Nasruddin did.

Pete looked sardonically at George the baker. ‘You’ve been paid.’